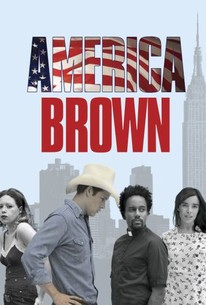 A young man leaves his home and family in search of himself in this independent drama. America Brown (Ryan Kwanten) -- called "Ricky" by most of his friends -- was born and raised in a West Texas town where football is treated more like a religion than a game. Raised by a single mother (Karen Black), America's primary male role model has been his older brother Daniel (Michael Rapaport), who has drilled it into Ricky's head that it's his destiny to be a football star. But America has come to hate football, and especially loathes Bo (Leo Burmester), the manipulative coach of his high-school team. Desperate to get away from it all, America runs away to New York City, where he seeks refuge with John Cross (Hill Harper), a one-time football legend from West Texas who gave up the game to become a Catholic priest. As America looks to find a new life, he finds in Cross a man who is still haunted by his past and smitten with a woman in his congregation, Rosie (Élodie Bouchez). America, meanwhile, develops an infatuation of his own with Vera (Natasha Lyonne), a pretty but streetwise girl who waits tables at a neighborhood diner. America Brown was the first feature film from writer and director Paul Black; it was screened at the 2004 Tribeca Film Festival.

There are no featured audience reviews for America Brown at this time.