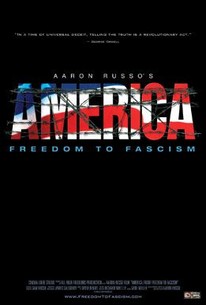 This documentary about the American income tax and whether citizens must pay it is more of a scattershot diatribe than a persuasive argument.

Former rock & roll promoter and manager-turned-political activist Aaron Russo sets out to discover the truth behind the Internal Revenue Service in an eye-opening documentary filmed to find out if there is any existing law that requires Americans to pay an income tax. What Russo claims to uncover in his nonpartisan investigation is a systematic erosion of civil liberties implemented by wealthy bankers in the early 19th century and subsequently proliferated by a government more interested in ruling the people than serving them. Interviews with former U.S. congressmen, a former IRS commissioner, a variety of former agents for the IRS and FBI, authors, and tax attorneys paint an ominous image of how various components including the Federal Reserve, national identity cards, voter fraud, income tax, and the use of radio frequency identification (RFID) systems in tracking everyday citizens are all coming together behind the scenes to pave the way for an all-powerful police state the likes of which would send chills down the spine of George Orwell.