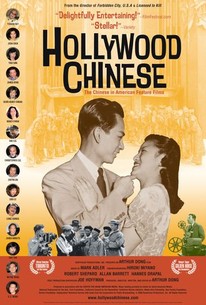 Filmmaker Arthur Dong's documentary Hollywood Chinese pays homage to the first century of the American film industry, as specifically colored and influenced by the Chinese immigrants to whom Hollywood owes an inestimable debt. Dong touches on everyone from actress Anna May Wong, of Limehouse Blues (1934) and Lady from Chungking (1943), to the late cameraman James Wong Howe, responsible for giving the Rock Hudson thriller Seconds (1966) such a creepy and inventive look. Dong also explores the newer generation of Chinese-American filmmakers, including such giants as Wayne Wang and Ang Lee, responsible for such contemporary classics as The Joy Luck Club, Crouching Tiger, Hidden Dragon, and Brokeback Mountain. At the same time, a haunting and telling undercurrent of racism and stereotypes weaves its way in, suggestive of the difficulties that Chinese men and women found working in Hollywood -- particularly in the early years. As a historical footnote, Dong also makes film history by rediscovering and editing in footage from what is alleged to be the first Asian-American film ever made: the 1916 Curse of Quon Gwan, directed by Marion Wong.

There are no featured audience reviews for Hollywood Chinese at this time.