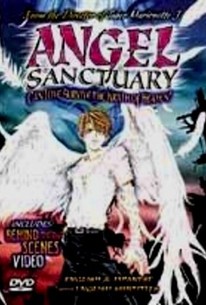 This provocative animated fantasy from Japan chronicles the adventures of Setsuna, a female angel who quarrels with God and is punished by being sent back to Earth in the form of a young boy. While Setsuna has returned to the world of the mortals, she has not lost all of her powers as a supernatural being, and as she struggles to adapt to her new body, she is visited with horrible visions of an Earthly apocalypse, and is forced to fight demonic villains who understand her true nature. Released on home video in the United States in both dubbed and subtitled form, Angel Sanctuary features mature content and is not suitable for children. ~ Mark Deming, Rovi

There are no critic reviews yet for Angel Sanctuary. Keep checking Rotten Tomatoes for updates!

There are no featured audience reviews for Angel Sanctuary at this time.