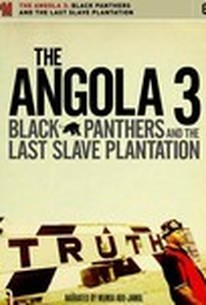 An underdog tale to end all, Jimmy O'Halligan and Scott Crow's documentary The Angola 3: Black Panthers and the Last Slave Plantation travels inside of one of the most astounding criminal cases of the late 20th century. In the late 1960s, three African American men - Herman Wallace, Albert Woodfox and Robert King Wilkerson - were each convicted of ties to a murder and sentenced to death row in Angola Prison (also known as the Louisiana State Penitentiary or "The Farm") in West Feliciana Parish, Louisiana. At that time, The Farm qualified as the single most vile and reprehensible penitentiary in the United States - a onetime slave plantation, and known in the late 1960s for continuing to incorporate systematic rapes and homicides. At The Farm, one's chances of survival were slim and one's chances of a humane existence nonexistent. Horrified by the living conditions before them, Wallace, Woodfox and King banded together with other prisoners and organized the first intra-penitentiary Black Panther party in the United States - designed, like its outside counterparts, to fight collectively for social justice at any cost. In the case of these three men, that cost was simple: though they managed to effectuate tremendous improvements in the quality of life at the prison, guards sentenced each of the three men to decades of solitary confinement - Wallace for 36 years, Woodfox for 36 years and Wilkerson for 29 (after which he was exonerated). COINTELPRO, a onetime crackdown on "subversive radicals" by the FBI, swept in and made matters worse. The Angola 3: Black Panthers and the Last Slave Plantation tells this deeply sad and horrifying story, supplemented by interviews with the three prisoners, Malik Rahim, Noelle Hanrahan, Rod Coronado and others. Fellow Black Panther and longtime penitentiary inmate Mumia Abu-Jamal narrates.

There are no critic reviews yet for Angola 3: Black Panthers and the Last Slave Plantation. Keep checking Rotten Tomatoes for updates!

There are no featured audience reviews for Angola 3: Black Panthers and the Last Slave Plantation at this time.