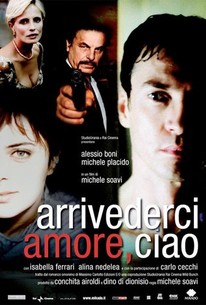 A fugitive from justice discovers he has to leave his principles behind to come out of the underground in this drama from Italy. Giorgio (Alessio Boni) was a member of a radical left-wing group who was forced to flee the country when a bomb he planted unexpectedly killed an innocent party. After living in Central America for several years, Giorgio has decided to return to Italy and turn himself in. Giorgio is enrolled in a program where he is "rehabilitated" by cooperating with the police, staring by getting the goods on Anedda (Michele Placido), a corrupt cop. However, before long Giorgio's actions start to seem more like blackmail than justice, as a demands payments from the owner of a topless bar and persuading a married woman, Flora (Isabella Ferrari), to sleep with him until her husband makes good on a long-standing debt. However, temptation becomes too much for Giorgio when Anedda offers to bring him in on a robbery he's been planning; Giorgio's share of the loot looks to be enough to keep him afloat for years, but his new criminal lifestyle is more than he knows how to handle. Arrivederci Amore (aka The Goodbye Kiss) was adapted from a novel by Massimo Carlotto.

There are no critic reviews yet for Arrivederci Amore, Ciao. Keep checking Rotten Tomatoes for updates!