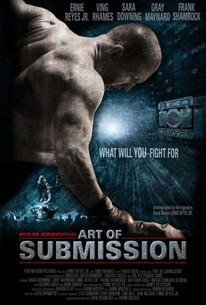 An ex-convict uses the fighting skills he learned in prison to rise through the ranks of a professional MMA tournament and provide for his broken family in this martial arts action drama featuring Ving Rhames, Michael Savage, and George Takei. By day, Johnny Sanchez (Ernie Reyes, Jr.) works in his father's garage; by night he trains with Sensei Gene (Ving Rhames) to become a world class MMA fighter. But when Johnny get's his Sensei's daughter (Sara Downing) pregnant, tight finances lead him to earn some extra cash by collecting debts for a local steroid pusher. Meanwhile, Johnny's luck goes from bad to worse when a collection turns violent, and the young father gets handed a five year prison sentence. Life on the inside is tough, and in order to earn money for his girlfriend and their son Johnny participates in brutal "gladiator fights" against the guards organized by the malevolent warden (Savage). His release drawing near, the resilient convict strives to turn his life around by winning a professional MMA tournament presided over by corrupt business tycoon and ex-Vietcong General Insou Krang (George Takei), whose notorious top fighter has a reputation of breaking any any and all challengers.

Critic Reviews for Art Of Submission

There are no critic reviews yet for Art Of Submission. Keep checking Rotten Tomatoes for updates!

Audience Reviews for Art Of Submission

There are no featured audience reviews for Art Of Submission at this time.