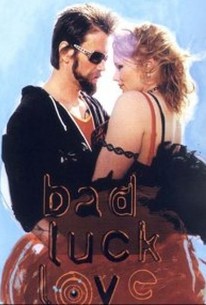 A shocking crime forces a man to re-evaluate his life, only to find that going straight is more complicated than he imagined in this acclaimed drama from Finland. Ali (Jorma Tommila) is a low-level criminal who spends much of his spare time working out at a gym with his brother Pulu (Tommi Eronen). Ali spends most of his day stoned on marijuana, while Pulu is known to drink cleaning products when he's run out of booze. Ali has fallen in love with Inka (Maria Jarvenhelmi), a bright woman with a mind of her own, and her independent nature occasionally throws him into a fit of jealousy. One night, convinced another man is trying to seduce Inka, Ali goes berserk and shoots the man several times before beating him to death with a golf club. Ali is sent to prison for his crime, where he learns that Inka is pregnant with his child; when she sends him a videotape of their son shortly after he is born, Ali is reduced to tears, and makes a solemn pledge to lead a better life and be a fit father for his son. But when Ali is released, he finds that Inka has not waited for him, and she is now involved with Alpi (Ikki Koivula), a member of a crime syndicate who was close friends with the man Ali murdered. Bad Luck Love was the first film to be nominated in all 12 categories at the Jussis Awards, the Finnish Academy Awards.

There are no critic reviews yet for Bad Luck Love. Keep checking Rotten Tomatoes for updates!

There are no featured audience reviews for Bad Luck Love at this time.