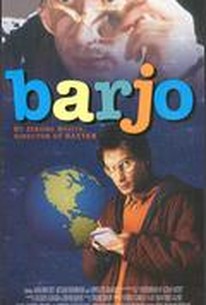 Cult science-fiction author Philip K. Dick's novel of 1950s suburban California, Confessions of a Crap Artist, is adapted to present-day France in this quirky comedy-drama. Hippolyte Girardot portrays the title character, who is known by the nickname "Barjo" -- a moniker loosely translatable as "nutcase." After accidentally burning down his house during a scientific experiment, the extremely eccentric and socially naive Barjo is forced to move in with his twin sister, Fanfan, and her husband Charles, an aluminum factory owner. In his new home, Barjo continues his odd habits: cataloging old science magazines, testing bizarre inventions, and thinking about the end of the world. His main pursuit, however, is typing up a journal of "scientific" observations of his life, with a particular focus on the other people around him. Through this journal, Barjo chronicles Fanfan and Charles' increasingly frequent encounters with a younger couple and the marital tension that soon results -- eventually driving Charles into the hospital. Director Jerome Boivin (Baxter) uses Barjo's viewpoint to present an unusual perspective on marital and sexual difficulty, with his narration analyzing his sister's marriage fluctuating between the embarrassingly naive and the unexpectedly observant. ~ Judd Blaise, Rovi

Why Some Philip K. Dick Adaptations Work (And Others Are Total Disasters)
View All

There are no critic reviews yet for Confessions d'un Barjo (Confessions of a Crap Artist). Keep checking Rotten Tomatoes for updates!