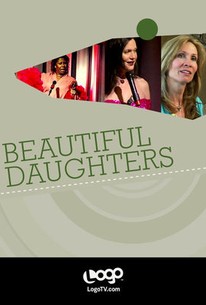 Eve Ensler's theater piece +The Vagina Monologues has become an international phenomenon and a source of empowerment for women of all walks of life. However, in 2005 Ensler became involved in a special production of +The Vagina Monologues for a group of women whose story was not dealt with in the play -- women who used to be men. A group of transsexuals were interested in staging a version of the show that was unique to them, and Ensler not only gave her blessings to the project, but worked with the cast of transgendered performers to give the text a voice that was appropriate to their circumstances. Filmmakers Josh Aronson and Ariel Orr Jordan were on hand to witness the gestation of this unique performance, and Beautiful Daughters is a documentary which not only chronicles the writing and rehearsals for the transsexual +Vagina Monologues, but explores the lives and experiences of the women performing the play, who run the gamut from a respected computer science instructor to a exotic dancer turned real estate salesperson. Produced for broadcast on the premium cable channel Logo, Beautiful Daughters was also screened as part of New York City's 2006 NewFest Film Festival.

There are no critic reviews yet for Beautiful Daughters. Keep checking Rotten Tomatoes for updates!

There are no featured audience reviews for Beautiful Daughters at this time.