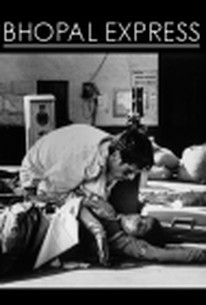 The disastrous leak of poison gas from a Union Carbide chemical plant in Bhopal, India, which claimed the lives of 16,000 people, sets the stage for this drama. In 1984, Verma (Kay Kay) is an aspiring poet whose new bride Tara (Nethra Raghuraman) is eager to start a family. In order to build up a nest egg, Verma puts his writing on hold and takes a job as a supervisor at the Union Carbide plant. His friend Bashir (Naseeruddin Shah) warns him that the plant is unsafe. He quit his job with Union Carbide for just that reason, and he urges Verma to do the same. Verma decides to stay on, but while Verma is riding a train to Bhopal, he discovers that the tragedy Bashir predicted has come true, and that Verma is put in a race against time to save Tara's life as thousands are dying all around him.

Naseeruddin Shah
as Bashir
View All

There are no critic reviews yet for Bhopal Express. Keep checking Rotten Tomatoes for updates!

There are no featured audience reviews for Bhopal Express at this time.