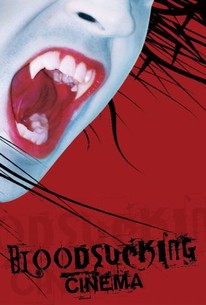 Everyone loves a good, two-fanged fright flick, and from the silent screen to the 21st Century, vampire films have drawn moviegoers to theaters in droves. Much like the immortal monsters that stalk the night in search of precious blood, it seems that our fascination with these strange and seductive creatures will never die. In this ocumentary, interviews with a wide array of filmmakers, actors, special-effects artists, writers, and critics combine with a hearty collection of memorable film clips to explore the evil and eroticism that abounds in vampiric cinema. Vampires director John Carpenter, Underworld director Len Wiseman, and The Lost Boys director Joel Schumacher all weigh in on what inspired them to craft films featuring /vampires, while Kristanna Loken and Stuart Townsend reveal what it was like to assume the persona of a creature that so many viewers fear, yet embrace at the same time. Additional interviews with Stan Winston and Greg Nicotero highlight how creative vampires can be tons of ghoulish fun, while writers Marv Wolfman and David Goyer discuss understanding their motivations and critics Leonard Maltin and Harry Knowls explain just why these monsters are so compelling to watch up on the big screen.

There are no critic reviews yet for Bloodsucking Cinema. Keep checking Rotten Tomatoes for updates!

There are no featured audience reviews for Bloodsucking Cinema at this time.