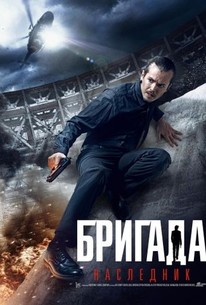 Ivan is a typical modern young man of 18. His father disappeared 10 years ago. Trying to shake off the pursuing enemies of their father, Belov's wife and daughter changed their names and settled in the United States. But Alexander Belov's blood still runs in Ivan's veins. He wants to prove his financial independence to his mother and gets involved in a dubious stock market speculation. The operation fails and Ivan and his friends are faced with a huge debt. To solve this problem Ivan heads to Russia in order to try selling a small part of his father's multi-million heritage, but keeps this venture a secret from his mother. His friends Phil, Sydney and Kelly join him in this undertaking. The new rescue plan turned out to be even more dangerous than the prior speculative venture. The main characters get into areal maelstrom of betrayals, pursuits, family secrets and their disclosures and showdowns with both the mob and the Russian secret services. They go through deaths of their comrades, escapes from deadly traps, meetings with new friends and a decisive rescue of Ivan's mother. As a result, they form the Brigada that is to face new tasks in the changing Russia.

There are no featured audience reviews for Brigada: Naslednik at this time.