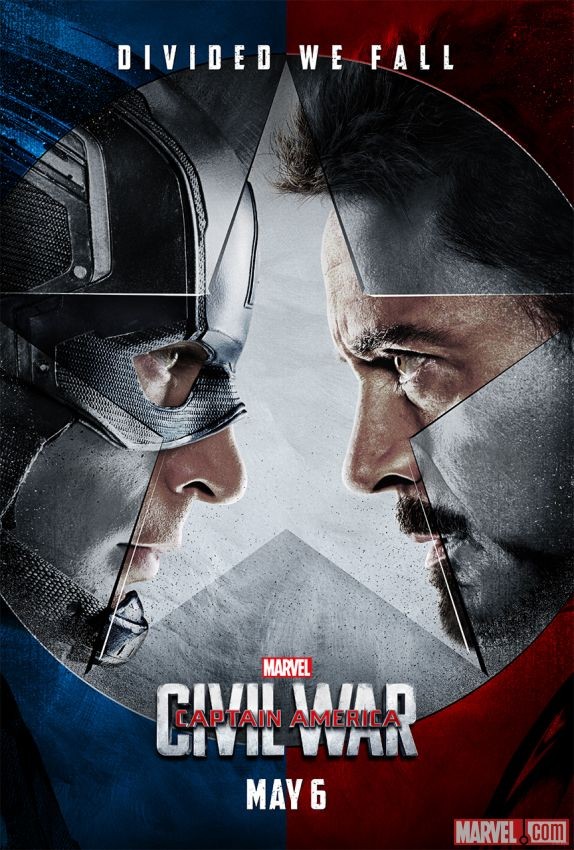 Do you think we mischaracterized a critic's review?
View All Videos (4)
Advertise With Us

Matthew Rozsa
Salon.com
It is one of the best movies to ever come out of the Marvel Cinematic Universe, balancing engaging action set pieces and witty dialogue with intelligent character studies and ethical debates.
Full Review | Original Score: 3.5/4

Aramide Tinubu
Shadow and Act
Captain America: Civil War proves that Marvel knows how to lay down a stunning foundation in order to detail an epic saga.

Sara Michelle Fetters
MovieFreak.com
Captain America: Civil War is fun; it's too well made, acted and scripted for it to be anything less.
Full Review | Original Score: 2.5/4

Nicholas Barber
BBC.com
It's this levity that makes the much-touted battle royale between Team Cap and Team Iron Man so much fun.
Full Review | Original Score: 3/5

Christy Lemire
ChristyLemire.com
The fact that a Marvel movie dares to question the big, shiny spectacle that is its bread and butter - and acknowledge that untold thousands die in the name of entertainment - seems rather novel.
Full Review | Original Score: 3.5/4

Anthony Lane
New Yorker
The motto of the directors, Anthony and Joe Russo, appears to be: If you can make it happen, do it. Don't hold back.
Full Review

Christopher Orr
The Atlantic
As they did in Winter Soldier, the Russos have achieved an uncommon balance of plot and action, humor and drama, all of it once again deeply grounded in character.
Full Review

Jamelle Bouie
Slate
In the end this is a movie about friendships and conflict, and what can happen when the latter overwhelms the former. It's about two genuine heroes who can't reconcile their obligations and duties with the friendship they both cherish.
Full Review

Michael Sragow
Film Comment Magazine
The "civil war" that erupts among Avengers foments filmmaking invention, not anarchy. It harks back to a comic-book tradition that predates the Avengers.
Full Review

Peter Rainer
Christian Science Monitor
Downey Jr. persists in trying to give a real performance in these Marvel movies, and, against all odds, succeeds.
Full Review | Original Score: B-

Katie Walsh
Tribune News Service
Dependable, reliable, comforting - like ordering at a chain restaurant. You know what kind of meal you're going to get every time, and you'll most likely enjoy it.
Full Review | Original Score: 3/4

Brian Lowry
CNN.com
Simply put, when it comes to juggling multiple superheroes in a single movie, Marvel's latest comes close to setting the standard. And the studio, as well as the villagers, should have cause to rejoice.
Full Review

Ty Burr
Boston Globe
The filmmakers ... understand that they've built up a vast ensemble of character types, all of them played by better-than-average actors, and that they can mix and match the drama, comedy, or action as they see fit.
Full Review | Original Score: 3/4
Do you think we mischaracterized a critic's review?
Go back
More trailers