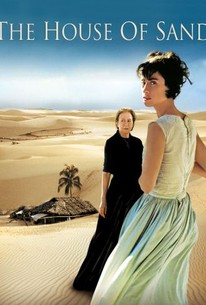 Beautifully filmed with wonderful performances, this Brazilian tale deftly explores the passage of time and prolonged isolation in several decades of a mother and daughter relationship.

Three generations of women struggle to make lives for themselves and their families in the desert wastes of Northern Brazil in a drama from filmmaker Andrucha Waddington. In 1910, Vasco de Sá (Ruy Guerra) leads his wife, Áurea (Fernanda Torres), and her mother, Dona Maria (Fernanda Montenegro), to their new home -- a ramshackle cabin in Maranhão, a tiny village in the middle of a barren sand dune. Vasco and Áurea's new neighbors are hardly welcoming of the new arrivals, especially Massu (Seu Jorge), and when Vasco unexpectedly dies, Áurea and Dona Maria are left to fend for themselves, an especially vexing challenge as Áurea is with child. Nine years later, Áurea and Dona Maria have turned their cottage into a home, but life in Maranhão remains a constant uphill battle, and Áurea dreams of moving away with her daughter, Maria (Camilla Facundes). Áurea becomes infatuated with Luiz (Enrique Diaz), who works with a group of astronomers who have come to Maranhão to observe an eclipse, but their romance comes to a crashing halt when Dona Maria is killed. By 1942, Maria (now played by Fernanda Torres) is a promiscuous alcoholic who brings shame to Áurea (now played by Fernanda Montenegro). After the body of an Air Force pilot is found near Maranhão, a military officer is sent to investigate -- Luiz (now played by Stenio Garcia). When Luiz meets Maria, he sees the image of the woman he longed for years before, and while she doesn't have the same feelings for him, Maria realizes that Luiz represents her best hope of finally escaping the village she's come to hate. The House of Sand received its North American premiere at the 2005 Toronto Film Festival.

Emiliano Queiroz
as Chico do Sal

Emiliano Querioz
as Chico do Sal

Jorge Mautner
as Scientist
View All

News & Interviews for House of Sand

Critic Reviews for House of Sand

Audience Reviews for House of Sand