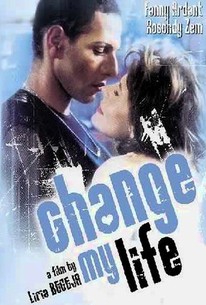 Two lost souls make a pact to lift each other up and provide the support needed to kick their bad habits and take one last shot at living their dreams in this introspective drama starring Fanny Ardant and Rochdy Zem. Nina (Ardent) is an unemployed actress who has just taken a lethal overdose of tranquilizers. Stumbling though the streets of Paris in a deathly haze, Nina collapses into unconsciousness. Fortunately for Nina, lonely Algerian Sami (Zem) happened to jog by at just the right time. But as soon as Sami previously appeared, he vanishes back into the blackness of night, leaving the recovered Nina with no one to thank for saving her life. Determined to let her guardian angel know just how thankful she truly is, Nina discovers that Sami was once a promising long-distance runner whose dreams of Olympic stardom had been dashed, and who now scrapes by as a transvestite prostitute. Realizing that they've both hit rock bottom, Nina and Sami make a pledge to support one another to the point where they can both get clean and pursue their dreams before it's too late. ~ Jason Buchanan, Rovi

Critic Reviews for Change My Life

There are no critic reviews yet for Change My Life. Keep checking Rotten Tomatoes for updates!

Audience Reviews for Change My Life

There are no featured audience reviews for Change My Life at this time.