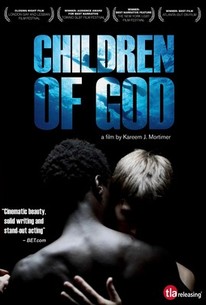 People living secret lives are confronted by love and betrayal in this drama. Johnny (Johnny Ferro) is an American student who has enrolled at an art school in the Bahamas. While Johnny's work reveals impressive technique, his instructors feel his art lacks passion and he needs to get in better touch with his emotions. What they don't know is Johnny has a secret -- he's gay, but hasn't come out of the closet, and doesn't believe it's prudent in the Bahamas, where homophobia is widespread. In search of inspiration, Johnny takes a trip to the island of Eleuthera, and on the ferry he meets Romeo (Stephen Tyrone Williams), a handsome local man with whom he strikes up a friendship. Before long, Johnny and Romeo are more than friends, but like Johnny, Romeo isn't willing to open up to most people about his sexuality, allowing his mother to believe he's straight. Meanwhile, also spending some time in Eleuthera is Lena (Margaret Laurena Kemp), the wife of Ralph Mackey (Mark Ford), a minister who is outspoken in his opposition to gay rights. Lena has taken part in her husband's campaigns to demand more laws against homosexual conduct, but she's begun to have her doubts -- she's been given a sexually transmitted disease by her husband, who refuses to say how he contracted it, and she wonders if it's time she moved on with her life. Children of God was the first feature film from writer and director Kareem Mortimer.

Critic Reviews for Children Of God

Audience Reviews for Children Of God

There are no featured audience reviews for Children Of God at this time.