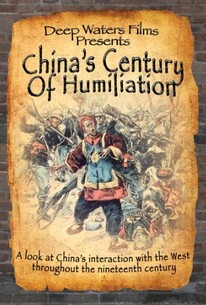 "China's century of Humiliation" explores the fundamental differences between the Western and Chinese culture from early beginnings. Part one debates how Christianity and Confucianism were translated in political thought and social systems. Next, the film investigates why the industrial revolution did not take place in China, despite its many early inventions, but in Europe. The second part sheds light on the first economic and military encounters between the British and Chinese Empires through the eyes of Asian and Western historians. Trade deficits, war threats and reprisals have marked the 19th century as one of the bloodiest and most shameful in Chinese history. Today, these past lessons can serve as a powerful insight for what the future might bring for China and the rest of the world.

There are no critic reviews yet for China's Century Of Humiliation. Keep checking Rotten Tomatoes for updates!

There are no featured audience reviews for China's Century Of Humiliation at this time.