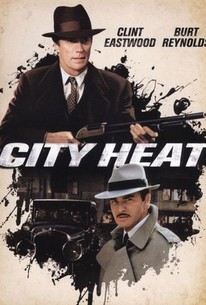 This standard, tongue-in-cheek, gangsters and good guys saga is carried on the star power and screen presence of Clint Eastwood as Lt. Speer, a taciturn, tough, play-it-by-the-book cop, and on Burt Reynolds as Mike Murphy, Speer's old friend in the force, now turned private eye but still a captivating rogue at heart. With a sub-text of playing their well-known screen personas off each other, Eastwood and Reynolds provide more than a surface interpretation of the characters that made them famous. After Murphy's partner is murdered, he focuses on pitting one mob boss against another in an attempt to have both mobsters kill each other. In the meantime, Lt. Speer -- who has never approved of Murphy's private detective business -- does not really know if Murphy is for or against the two top gangsters. Set in the era of speakeasies and Prohibition, an added layer of "film noir" can be discerned under the complex plot, verbal repartée, and episodes of toned-down violence (a kind of parody in themselves). Although this may not be the best film either star has made, it is still interesting to see them together on screen.

Nicholas Worth
as Troy Roker

Debby Porter
as Stunts
View All