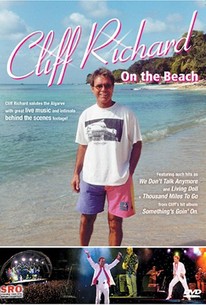 This unique and exclusive program features Britain’s ‘ultimate pop star’ performing in a live on-the-beach concert to 25,000 fans and vacationers in his beloved Algarve, as part of Albufeira’s 500th birthday celebrations. There are many of the old favorites –such as Move It, We Don’t Talk Any More and Living Doll –as well as new songs from Cliff’s hit album Something’s Goin On. The program includes remarkably laidback rehearsal sessions with Cliff Richard, his band and backing vocalists. Beach side cameras give us a rare insight into Cliff’s personal lifestyle. The ever-popular star talks frankly and passionately about his long relationship with sun-drenched Portugal, which has named a street Rua da Sir Cliff Richard in his honor in the bustling vacation resort of Albufeira. Cliff’s 200 year old farmhouse, surrounded by lush vineyards, is now the location not only for battery charging vacations, but also for the grapes which result in his much acclaimed wine Vida Nova. Join the VIP guests invited by Cliff to celebrate the opening of his nearby winery.

There are no critic reviews yet for Cliff Richard Live. Keep checking Rotten Tomatoes for updates!

There are no featured audience reviews for Cliff Richard Live at this time.