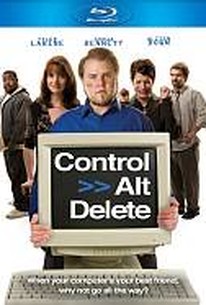 A computer programmer whose love for internet porn just cost him his latest girlfriend struggles to keep his sexual hang-up in check while ensuring that his company doesn't go dark during the Y2K changeover in director Cameron Leabine's kinky romantic dot-comedy. The year is 1999. Lewis (Tyler Labine) is a computer programmer whose appetite for internet smut is insatiable - a peccadillo that doesn't go unrecognized by his neglected girlfriend Sarah (Laura Bertram). Upon being dumped by Sarah, Lewis finds his sexual addition becoming much more tactile. Now that there's no flesh to interfere, Lewis is free to become more intimate with his silicon sweetheart than ever before. But the man known as "Magneto" to his online friends is about to find his burgeoning digital romance interrupted thanks to more pressing issues at work. Lewis has been recruited to prepare his department for Y2K, and should he fail the entire East Coast could be left in the dark. As the dawn of the new millennium approaches, the perverse programmer finds himself increasingly attracted to some of the newer models around the office. In order to avert any direct suspicion, Lewis asks new office receptionist Jane (Sonja Bennett) out on a date. But Jane has her own suspicions about Lewis' motives, suspicions that may not be entirely off the mark. ~ Jason Buchanan, Rovi

Alisen Down
as Angela

There are no critic reviews yet for Control Alt Delete. Keep checking Rotten Tomatoes for updates!

There are no featured audience reviews for Control Alt Delete at this time.