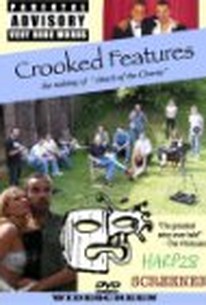 If what we shoot tonight doesnt satisfy the financiers ... we may have to go hardcore.Riding high on his third Shafta Lifetime Achievement award, Rod Shuffler proclaims his intent to realise an Oscar worthy feature film to secure his place in Hollywood. Working closely with his old-boy network and production company Blue Hardest the auditions are held and Rod reluctantly casts newcomer Sandy Shores into the role of Chastity Cincture to play opposite porn legend David Goliath as Dirk Starbutt. After a less than successful screening of rough-cut dailies to the financial backers Rod must relinquish creative control. The financiers are pushing for run-of-the-mill dyed-in-the-wool hardcore porno but Rod resists steering in that direction, instead opting for a simulated sex scene. With the financial backers less than impressed with simulated sex, the decision is made to rewrite the script and have Chastity murdered by the clowns in an act of DVDA. The only thing is, no one on record has successfully pulled off a DVDA - even less so with an actress ill prepared for the world of hardcore; a girl who is thinking the most shell have to do is a semi-nude scene. Sandy cannot go through with full penetration and runs from the set. Only to return after a string of failed auditions and job applications. Shell finish Attack of the Clowns, but on her terms!This is a documentary about the movie-making process at the extremely low-end. It is a tribute to all those who go against the odds, against the grain, against the very establishment itself. It is a tribute to those who dare to be different.With full access to Rod Shuffler during the making of Attack of the Clowns this documentary not only charts intimately the highs and lows of a career, but also it illustrates the differences and compromises that are common to any film, no matter what its budget. Moviemaking reflects life in the struggle to exist and survive; with the pain of birth and continual nurturing; incurred expenses serving as a reminder that it is an entity with real needs if it is to succeed in life.

There are no critic reviews yet for Crooked Features. Keep checking Rotten Tomatoes for updates!

There are no featured audience reviews for Crooked Features at this time.