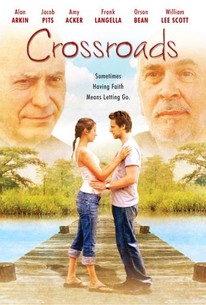 A frustrated seminary student weighs the prospect of life as a family man against a future in the clergy after meeting a beautiful volunteer while conducting missionary work on the Gulf Coast of Louisiana. Peter (Jacob Pitts) is just two years into his seminary studies when he begins to suspect that a life in the priesthood is not for him. Convinced by Father Tew (Frank Langella) to weight his options while accompanying devout classmate Gilbert (Matthew Carey) on a mission to the Gulf Coast of Louisiana, Peter discovers that his decision isn't going to be easy after at his destination and meeting impassioned volunteer Jill (Amy Acker). Jill is precisely the kind of girl Peter has always dreamt of, attractive and idealistic, while no-nonsense social justice advocate Father Behnke (Alan Arkin) encapsulates everything that the disillusioned seminary student wanted to be when he first began training to become a man of the cloth. Later, as the eccentric Father McIlhenny (Orson Bean) returns from performing missionary work overseas, Peter finds that the more he acts like a priest the more he entices the lovely Jill. As each character comes to a crucial crossroads in life, the decisions they make will set the course that ultimately guides them to true fulfillment.

There are no critic reviews yet for Crossroads. Keep checking Rotten Tomatoes for updates!

There are no featured audience reviews for Crossroads at this time.