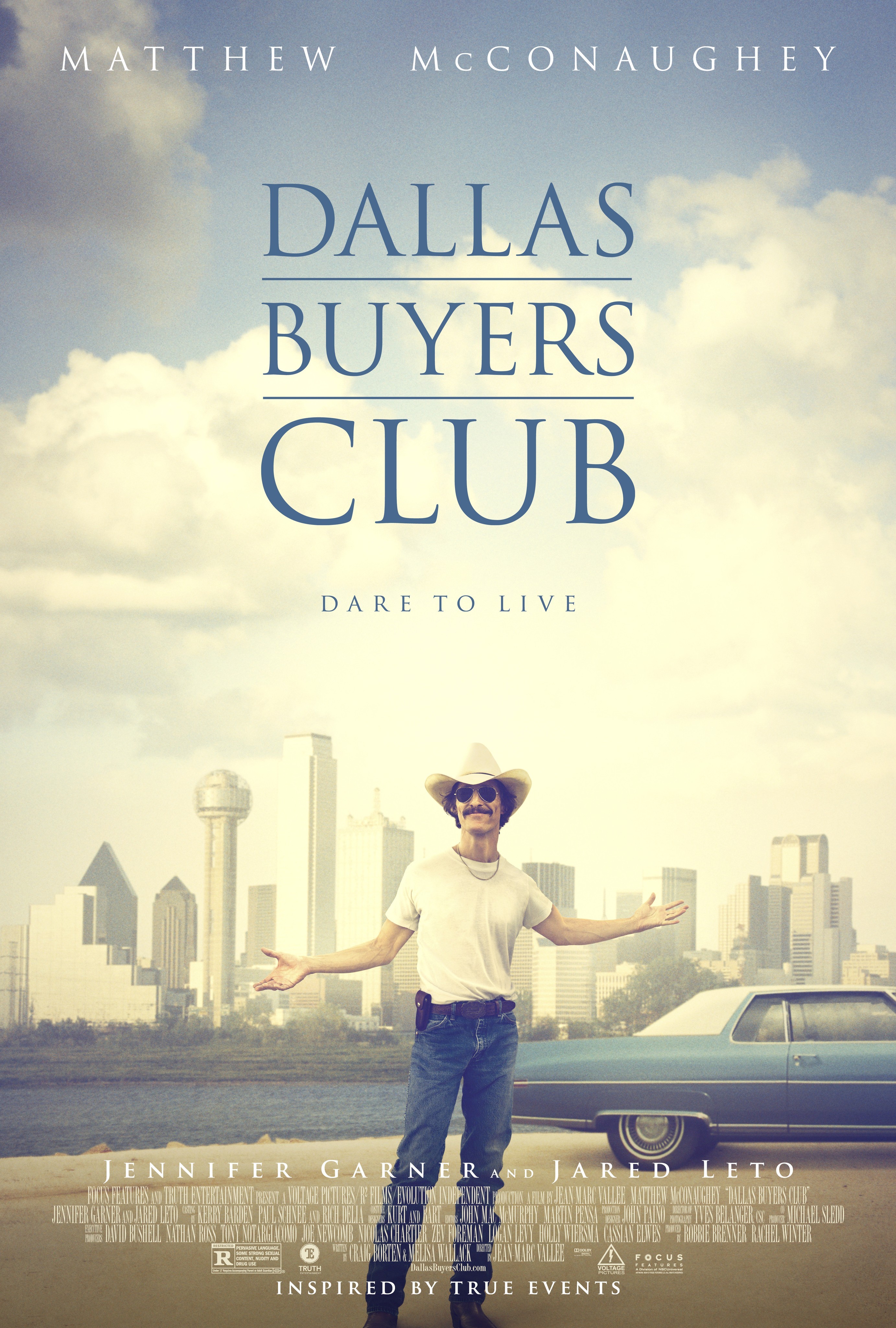 Eleven
Autostraddle
The film fails to break the pattern of transphobic narratives in cinema, perhaps because it doesn't understand that trans people are not the same as cis gay people.
Full Review

Helen Razer
The Daily Review/Crikey
The gays, in this film, are titillating extras, as they so long have been, and not only are the courageous stories of many people co-opted for profit, but theft itself is valorised.
Full Review

Heather Dockray
Uproxx
At the end of Dallas Buyers Club, you're more inspired to sit Matthew down and feed him a warm plate of trans fats than you are to take action about gay rights or HIV.
Full Review

Melissa Anderson
Artforum
Despite the cadaverous appearance of its lead actor, Dallas Buyers Club wants to be pretty, too, presenting a tidy, uplifting history of the years when unconscionable inaction and prejudice toward those with AIDS were a matter of federal policy.
Full Review

Larushka Ivan-Zadeh
metro.co.uk
Bravely, it offers neither a 'feel-good' nor 'feel-bad' payoff. However, the story's momentum fizzles out, its characters often feeling disconnected from each other and us.
Full Review

Jordan Hiller
Bangitout.com
The problem is that while Ron may not run out of steam, the film about him does.
Full Review | Original Score: 2/4

Dan Jardine
Cinemania
Dallas Buyers Club (2013) is a movie you have to be grateful to Hollywood for making, but you still wish was a film made not by Hollywood.
Full Review | Original Score: 66/100

Glenn Dunks
Glenn Dunks
I'd have preferred it to just be more distinctive. Bolder. Scarier. Uglier. Queerer. I can see why it's not, though, which is probably more upsetting.
Full Review | Original Score: C+

David Nusair
Reel Film Reviews
The by-the-numbers narrative ultimately prevents the viewer from working up any real interest in or sympathy for the protagonist's exploits...
Full Review | Original Score: 2/4

Matt Prigge
Metro
Only the downer ending, which never gives [Ron] Woodroof a big moment of triumph, suggests it's more than a reducing of heady times into a slobs versus snobs battle.
Original Score: 2/5

Josh Larsen
LarsenOnFilm
If it were a text, the film would be bolded, underlined and italicized.
Full Review | Original Score: 1.5/4

Ethan Alter
Television Without Pity
McConaughey delivers a fine performance in Dallas Buyers Club, but it's less impressive when you realize that the entire movie has been rigged in his favor.

Will Leitch
Deadspin
This is all well-intentioned, but it's still obnoxious hokum, an important story so distilled and stripped of its essence that by the end, it's not about AIDS and the fight for new drugs at all.
Full Review | Original Score: C

Nick McCarthy
Slant Magazine
Despite its good intentions and moxie-filled performances, Dallas Buyers Club is ultimately marred by its impulse to compromise its freewheeling humanity in favor of crowd-pleasing tropes.
Full Review