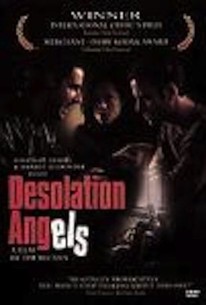 A young man's girl friend has an affair with his best friend and he goes off the deep end in this drama. All of the characters are in their 20s and live in New York. The angry young man is the macho Nick Adams who has spent one month out of town. Upon his return he notices that Mary, his girlfriend is acting oddly. She finally confesses that Sid, Nick's good buddy, made a pass at her. At first, Mary swears that nothing else happened, but Nick is suspicious and begins interrogating all of his neighbors about Mary's behavior. Eventually Mary confesses that she did indeed sleep with Sid. Nick cannot believe that she would willingly cheat on him and so goes to Sid to beat him up for raping Mary. Unfortunately, Sid is accompanied by a thuggish friend who beats Nick up. Nick retaliates by hiring his own thugs, but they mess up and mistakenly brutalize Nick's roommate instead. Nick's rage seems boundless and eventually he causes Mary to leave him and his friends to avoid him.

Quentin Crisp
as Beggar
View All