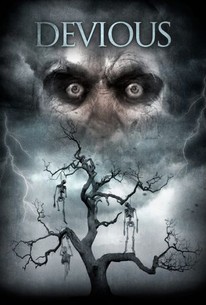 Directed by Charles Band, this horror film features a family driven by superstition and fear, with a daughter who simply wishes to see the world outside of her secluded home, and a film crew who brings with them unforseen peril. A teenage girl named Naomi (Robin Sydney) is desperate to experience life outside of her family's castle, which is long believed to have protect them from evil spirits, but is not allowed to by her strict and often cruel father. However, fate finds the clan rgardless, in the form of a movie crew looking to use the imposing structure as a set for their film. Terror ensues, in a manner that none of the castle's residents could have expected.

There are no critic reviews yet for Devious. Keep checking Rotten Tomatoes for updates!

There are no featured audience reviews for Devious at this time.