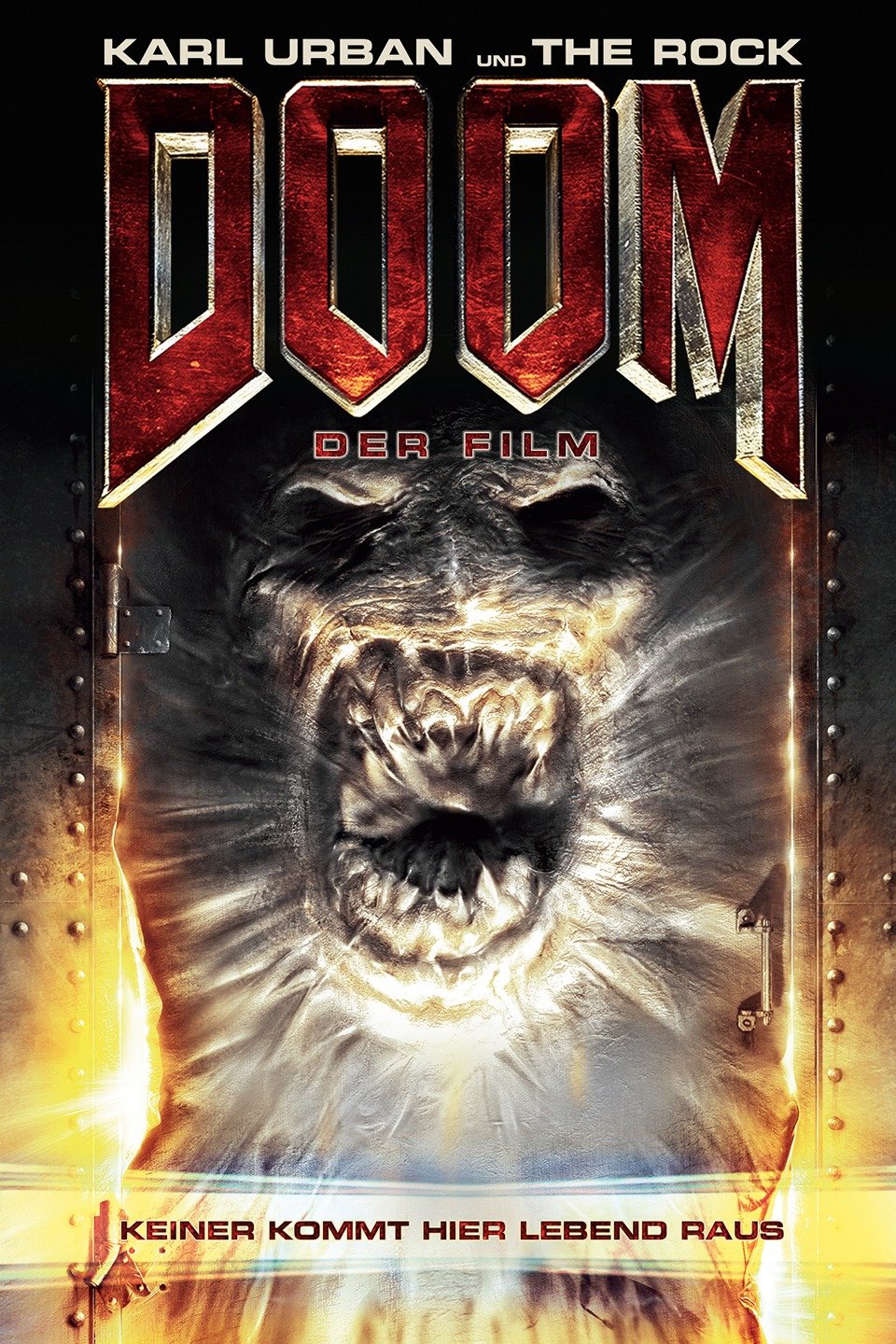 Mike Massie
Gone With The Twins
Some of it is good enough to make viewers momentarily forget that all of this is based on a video game series.
Full Review | Original Score: 4/10

David Hogan
hoganreviews.co.uk
Doom somehow takes a game about demons from Hell invading a military base on Mars and turns it into a boring and cliché-ridden film technically devoid of demons entirely...
Full Review | Original Score: 2/5

J. R. Jones
Chicago Reader
The Rock's ungainly performance is somewhat alleviated by Karl Urban as a crew member and Rosamund Pike as his twin sister, a doctor on the project.
Full Review

John Ferguson
Radio Times
Movies inspired by computer games always seem to be more about merchandising than art and this big-screen adaptation of the ground-breaking shoot-'em-up does little to dispel that view.
Full Review | Original Score: 2/5

Joshua Starnes
ComingSoon.net
The long, long in development film adaptation of the classic video game shooter, Doom is a decent enough action film as long as you don't expect too much out of it.
Full Review | Original Score: 6/10

Cole Smithey
ColeSmithey.com
Roger Ebert put it best, "Doom is like some kid came over and is using your computer and won't let you play."
Full Review | Original Score: D+

Steve Biodrowski
Cinefantastique
A nifty piece of low-ambition entertainment that knows exactly what it is, and delivers fairly well on its promises.
Full Review

Maitland McDonagh
Time Out
If gaming is about playing, why would a gamer want to watch movies like this?
Full Review

Anton Bitel
Eye for Film
Who knew that a life-and-death struggle in the dark with psychotic hybrids could end up being so bland?
Full Review

Russ Breimeier
Christianity Today
Doom is irritating enough to make you blow off some steam by spending a couple hours gunning down demons.
Original Score: 0/4

Bob Grimm
Sacramento News & Review
This actually isn't as bad as it could have been. That's not high praise.
Full Review | Original Score: 2/5
Do you think we mischaracterized a critic's review?
Go back
More trailers