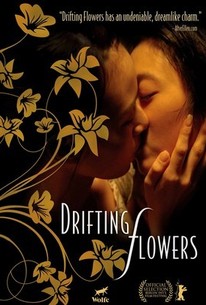 Three stories that share the theme of women coming to terms with homosexuality are brought together in this omnibus drama from Taiwanese filmmaker Zero Chou. In the first segment, May (Pai Chih-ying) is an eight-year-old girl whose older sister Jing (Serena Fang) makes money as a musician, despite the fact she's blind. Jing plays in a night club combo with Diego (Chao Yi-lan), and while May knows that her sister and Diego are close friends, she isn't certain why a woman like Diego insists on acting so masculine -- or why she sees Jing and Diego kissing passionately one night. In the second part, Lily (Lu Yi-ching) is an elderly woman who is suffering from Alzheimer's and is losing touch with her past. Lily is reminded of her childhood when she's unexpectedly reunited with her school friend Yen (Sam Wang), but he's changed a great deal since she last saw him -- he's a gay man who enjoys cross dressing and is living with AIDS. In the final chapter, we're reintroduced to Diego and learn of the sexual confusion of her adolescence, as she rebels against the changes in her body and develops a new understanding of herself when she finds love with a beautiful nightclub performer. Piao Lang Quigchun (aka Drifting Flowers) was an official entry at the 2008 Berlin Film Festival. ~ Mark Deming, Rovi

There are no critic reviews yet for Drifting Flowers (Piao lang qing chun). Keep checking Rotten Tomatoes for updates!

There are no featured audience reviews for Drifting Flowers (Piao lang qing chun) at this time.