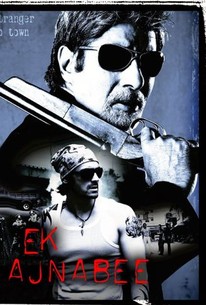 A man finds it's harder than he expected to leave his life of violence behind him in this action drama from India. Suryaveer Singh (Amitabh Bachchan) was once an intelligence officer with India's military, but years of seeing people die in ugly ways has made him a bitter and profoundly unhappy man, and he leaves his career behind to drown his sorrows in alcoholic solitude. However, an old friend, Shekhar (Arjun Rampal), approaches him with a business opportunity -- he's opened a private security agency in Bangkok, and would like Suryaveer to take on a special assignment. Suryaveer agrees, but objects when he learns he's going to be a bodyguard for Anamika (Rucha Vaidya), an eight-year-old girl from a wealthy and powerful family. Suryaveer doesn't care for children and certainly doesn't want to look after one for a living, but before long he bonds with Anamika and his relationship with her helps to heal his emotional scars. But Suryaveer discovers that while he may be changing, the world around him hasn't when Anamika is kidnapped and he must tap into his violent nature to get her back.

Rajendranath Zutshi
as Wong
View All

There are no critic reviews yet for Ek Ajnabee. Keep checking Rotten Tomatoes for updates!

There are no featured audience reviews for Ek Ajnabee at this time.