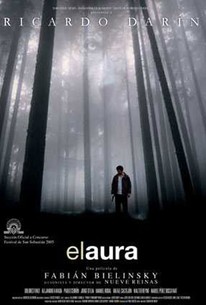 The Aura is a highly original and cerebral thriller that maintains its suspense from start to finish.

A lonely taxidermist with a photographic memory dreams of committing the "perfect crime" in Nine Queens director Fabián Bielinsky's deliberately paced existential thriller. Espinosa (Ricardo Darín) is an epileptic fortysomething who makes his living by stuffing creatures for the natural history museum in Buenos Aires. It is there that Espinosa meets friend and fellow taxidermist Sontag (Alejandro Awada). After picking up their paycheck at a nearby bank, Sontag kindly invites the lonely Espinosa to join him in the forests of southern Argentina for a brief hunting getaway. Soon after checking into their hotel, Sontag and Espinosa take to nature in hopes of bagging a buck, but their voyage takes a dark turn when, in the grip of another seizure, Espinosa accidentally shoots and kills hotel owner Dietrich (Manuel Rodal). Though his suspicions that Dietrich was involved with some shady dealings seem little more than a means for justifying the tragic turn of events, Espinosa soon realizes that he may be onto something when a pair of thugs named Sosa (Pablo Cedron) and Montero (Walter Reyno) come searching for the missing proprietor. As all of the elements quickly fall into place, it begins to appear as if Espinosa may finally be prepared to execute the crime he has always dreamt about.