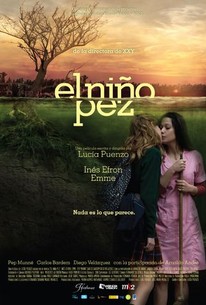 Writer-director Lucía Puenzo follows up her feature debut, the festival favorite XXY, with The Fish Child, a romantic crime drama adapted from her novel of the same name. Lala (Inés Efron, who also starred in XXY) is an Argentinean girl from a wealthy family. She's desperately in love with the family's young live-in maid, La Guayi (singer Mariela Vitale, making her feature-film debut), and she's jealous of La Guayi's many other admirers. When Lala's politically active father, Bronté (Pep Munné), dies under mysterious circumstances, she runs off to La Guayi's remote hometown in Paraguay, hoping that her lover will follow. There, she uncovers the truth about La Guayi's sordid past, and the maid's troubled relationship with her own father, a telenovela star named Sócrates (real-life Paraguayan soap star Arnaldo André). Lala also explores the local legend of "The Fish Child." Meanwhile, La Guayi is imprisoned for her suspected involvement in Bronté's death, and when Lala finds out, she jeopardizes her own freedom by returning home. In Puenzo's novel, written when she was just 23 years old, the story is told from the point-of-view of Lala's family dog. The film features an appearance by the Paraguayan musical group the Potrankos. The Fish Child had its North American premiere at the 2009 Tribeca Film Festival, where it was shown in the World Narrative Competition.