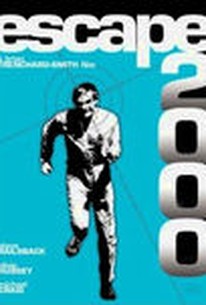 This grim, violent Australian production is an artless mishmash incorporating elements of The Road Warrior, 1984 , and The Most Dangerous Game. The story is set in a dystopian future society where all "deviants" (i.e. anyone whose ideas don't jive with those of the government) are interred in nightmarish re-education camps where they are tortured, beaten, raped and put to death -- mostly on the whim of the psychotic commandant (Michael Craig). Periodically, a handful of particularly defiant inmates will be released unarmed to be hunted down (for the entertainment of the elite) in a free-for-all "Turkey Shoot" (the film's original Australian title). Among the latest batch of potential targets are strong-willed Steve Railsback and Olivia Hussey, who are confronted in the wilderness by the commandant and his goofy mutant cronies -- all of whom carry rocket-launchers, exploding arrows, and flamethrowers. This entire exercise is basically a prolonged excuse for a plethora of cheap, splattery makeup effects, made far more unpleasant by the blatant sadism of the proceedings. Unsuspecting viewers exposed to this film may wish to follow with My Brilliant Career to restore their faith in Australian cinema. ~ Cavett Binion, Rovi

John Godden
as Andy
View All

There are no critic reviews yet for Turkey Shoot (Escape 2000). Keep checking Rotten Tomatoes for updates!

There are no featured audience reviews for Turkey Shoot (Escape 2000) at this time.