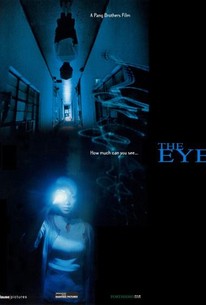 A corneal transplant sets the stage for terror in this supernatural thriller from directors Danny and Oxide Pang. Blind from the age of two, 20-year-old Mann (Angelica Lee) now has a chance to reclaim her sense of sight thanks to recent breakthroughs in technology. At first elated to have her vision restored, Mann's joy soon turns to paralyzing fear when she begins to see mysterious dark figures which foreshadow sudden, shocking deaths. Subsequently distraught over seeing Ling (Chutcha Rujinanon), the previous owner of the corneas, when she peers into the mirror, Mann's disturbing images slowly begin to chip away at her sanity until she has no choice but to track Ling's past and solve the horrifying mystery that plagues her. Traveling to Ling's former home in a small Northern Thailand village, Mann learns that Ling was driven to suicide after suffering similar visions preceding a tragic fire. When hundreds of the mysterious black figures descend upon Mann just as she is about to leave Thailand, she realizes that a horrific tragedy is set to unfold unless she can summon the courage to take action and use her supernatural gift of sight to alter the future.

Yut Lai So
as Ying Ying

Poon Yiu Ming
as Boy with a Cap

Ho Si Won
as Ghost in the Restaurant

Jim Pui Ho
as Boy in the Car Accident

Damrongwiseeatpanich
as Ling (age 8)
View All