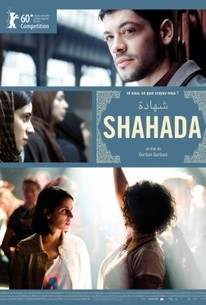 Three stories cross paths within a European Muslim community in this drama. Vedat (Vedat Erincin) is an open-minded imam at a mosque in Berlin. While Vedat believes in a modern and compassionate interpretation of his faith, he worries about his daughter Maryam (Maryam Zaree), who has embraced a Western lifestyle and isn't much interested in the tenants of Islam. As it happens, Vedat's concerns are well-founded; Maryam finds herself pregnant and has an illegal abortion, only to suffer grim side effects and anxieties that she's being punished for immoral behavior. Sammi (Jeremias Acheampong) is a Muslim from Senegal who studies the Koran with Vedat. Sammi is close friends with one of his co-workers, Daniel (Sergej Moya), who is gay; Daniel confesses to Sammi that he's attracted to him, and Sammi is not certain when to do when he realizes he shares these feelings. And Ismail (Carlo Ljubek) is a policeman who is examining the work papers of a handful of Bosnian immigrants when he realizes one of them, Leyla (Marija Skaricic), is a woman he accidentally shot during an altercation three years ago. Ismail has long carried a burden of guilt over his actions, but now that he's face to face with Leyla, what is he to do? Shahada was the first feature film from director Burhan Qurbani; originally created as his thesis project at film school, it went on to become an official selection at the 2010 Berlin International Film Festival.

There are no featured audience reviews for Shahada (Faith) at this time.