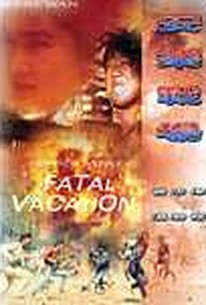 This outrageous jungle-set actioner from Hong Kong filmmaker Eric Tsang brings to mind such campy spectacles as Ernst von Theumer's cult favorite Jungle Warriors in its straight-faced melding of naive politics and ludicrously unconvincing gunplay. Taking place in 1985, the film posits a group of vacationers from Hong Kong whose bus is hijacked by Communist guerrillas in the Philippines. This hijacking sets the stage for rape, mayhem, and a sadistic Deer Hunter-style game of Russian roulette before the tourist group (which conveniently happens to include some triad gangsters who know their way around firearms) stages a bloody and extremely loud escape. Throughout the film, Tsang (who also stars) and screenwriter Nam Yin attempt to make their Communist insurgents into some sort of allegorical representation of the mainland Chinese. To their credit, Tsang and Nam lay out a convincingly horrific series of dire consequences which could result from Hong Kong's impending reunification, but the political message is lost amidst all the gunfire, racist stereotypes, and Times Square grindhouse-level silliness. Irene Wan co-stars with Tang Pik-wan, Tommy Wong, Victor Wong, and Emily Kwan.

There are no critic reviews yet for Fatal Vacation. Keep checking Rotten Tomatoes for updates!

There are no featured audience reviews for Fatal Vacation at this time.