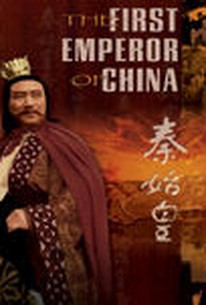 Originally presented in IMAX theaters, this documentary opens a door in The Great Wall and reveals the history of the first emperor of China, an era previously unknown by much of the Western world. In addition to current video of significant historical sites, such as the Emperor's private sanctuary, re-creations are used to tell the story of how Qin Shihuang, who gave China its name, came to rule the land and create a powerful nation.

There are no critic reviews yet for First Emperor of China: IMAX. Keep checking Rotten Tomatoes for updates!

There are no featured audience reviews for First Emperor of China: IMAX at this time.