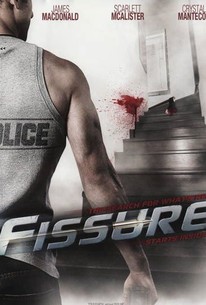 The investigation into a disturbing murder takes a heavy emotional toll on the detective attempting to overcome a personal tragedy while simultaneously chasing a cold-blooded killer in this thriller from first-time producer/editor/director Russ Pond. Detective Paul Gruning was still wrestling with some intensely personal issues when he was summoned to the home of a slain college professor, and as he surveys the scene of the crime his mental malaise only intensifies. The professor's body lies lifeless on the floor of the kitchen, and his wife Emma doesn't seem capable of offering coherent answers to the questions posed by the detective. Frustrated by his subsequent inability to elicit answers from either the professor's resentful son Andrew or his lab-assistant and house guest Rachel, Detective Gruning is troubled to realize that nearly everyone involved has a sufficient motive for murder. But with each interview he conducts, the facts seem to shift. So which version of reality can he trust as the truth? As the stakes are raised, it doesn't take long for Detective Gruning to realize that failure to solve the case could very well cost him his life.

There are no critic reviews yet for Fissure. Keep checking Rotten Tomatoes for updates!

There are no featured audience reviews for Fissure at this time.