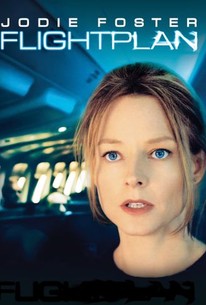 The actors are all on key here, but as the movie progress, tension deflates as the far-fetched plot kicks in.

A woman is forced to prove her own sanity to save the life of her daughter in this taut thriller. Kyle Pratt (Jodie Foster) is a successful aircraft designer who has recently been dealing with the traumatic death of her husband. After traveling to Berlin on business with her six-year-old daughter, Julia (Marlene Lawston), Kyle falls asleep on their flight back to New York, only to discover that her daughter has gone missing. While not knowing where Julia has gone is troubling enough, even more disturbing is the insistence by sky marshal Gene Carson (Peter Sarsgaard) and Captain Rich (Sean Bean) that no records indicate that the child ever boarded the jet. As Kyle becomes increasingly desperate to find her daughter, she must prove to the men in charge that her daughter did in fact board the plane with her, and that this turn of events is not a product of her imagination. But if Julia has gone missing, who has taken her and why? Also starring Erika Christensen and Kate Beahan, Flightplan was the first English-language feature from German director Robert Schwentke.