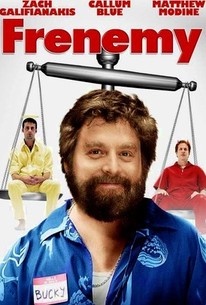 An ongoing philosophical conversation provides a backdrop for a deadly game of cat and mouse in this comedy-drama from filmmaker Gregory Dark. Mr. Jack (Matthew Modine) and Sweet Stephen (Callum Blue) are two men who spend their days wandering the streets of Los Angeles and chatting. Jack and Stephen enjoy talking about the big questions of life -- love, hate, violence and mortality -- but their conversations are not quite what they seem to be on the surface. Mr. Jack is actually a hired killer and Sweet Stephen is his conscience, and as they explore the City of Angels they frequently pass the bodies of women Jack has murdered. As the body count rises as Jack and Stephen ponder the imponderable, Tommy (Adam Baldwin), a police detective with a renegade streak, is on the trail of the killer. Little Fish, Strange Pond also stars Zach Galifianakis, Liza Weil and Paul Adelstein; the film was an official selection at the 2010 Cinequest Film Festival. ~ Mark Deming, Rovi

Paul Adelstein
as Philly
View All

There are no critic reviews yet for Frenemy. Keep checking Rotten Tomatoes for updates!

There are no featured audience reviews for Frenemy at this time.