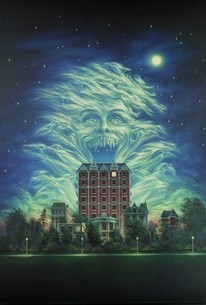 This horror-comedy sequel finds the teen protagonist of Fright Night being terrorized by the undead sister of the vampire he killed in the original film. Two years after the death of bloodsucker Jerry Dandridge, young Charley Brewster (William Ragsdale) has settled into life as a college student and rejected his former belief in the existence of vampires. Although he's busy pursuing the affections of determined coed Alex (Traci Lind), Charley soon falls under the spell of the mysterious and alluring Regine (Julie Carmen). Although everything about the woman screams vampire, her feminine charms -- and her claims of being nothing but an outlandish performance artist -- lead Charley to become her unwilling servant. Torn between Regine's enchantments and his loyalty to Traci, the youth again looks for help from Peter Vincent (Roddy McDowall), the washed-up horror-show host who assisted him in the first film. Soon, Charley, Peter, and Traci are facing off against a coven of picturesque bloodsuckers led by Regine, who reveals herself to be the ancient sister of Jerry Dandridge. Directed and co-written by John Carpenter colleague Tommy Lee Wallace, Fright Night Part 2 includes a co-writing credit for Pretty Woman scribe Stephen Metcalfe and cinematography from Mark Irwin, who has worked with everyone from David Cronenberg to the Farrelly brothers. ~ Brian J. Dillard, Rovi

David Efron
as Orderly
View All