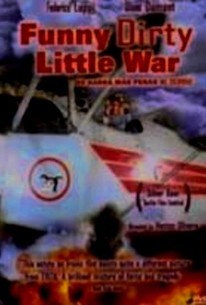 The apparent ease with which Argentina's political situation could degrade into extremists killing each other is illustrated in this interesting fictional allusion to historical reality. Suprino (Hector Bidonde), a local Peronist boss in the small town of Colonia Vela, schemes with the county mayor and a union leader to get the deputy mayor Fuentes (Federico Luppi) out of power - even though the Peronist is indebted to Fuentes. Fuentes is told that he has to fire his assistant because of the assistant's leftist sympathies - and he refuses. That evokes a harsh response from Suprino (the Peronist), who now has the police chief intervene for him. But Fuentes, rather than cave in to pressure, barricades his office, lines up men to stand by him, and gets ready for the first police assault. Leftist students then kidnap the police chief demanding that the attack on Fuentes stop - but their actions only serve to escalate the now raging conflict into a minor civil war. In the end, the film makes it clear that survival may be the only criterion determining who wins - which creates a village of losers, including the political process. ~ Eleanor Mannikka, Rovi

Fernando Olmedo
as Ricardito
View All

There are no featured audience reviews for Funny Dirty Little War at this time.