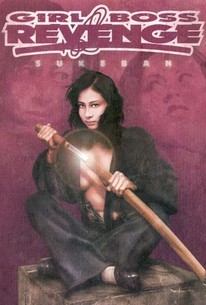 The underworld explodes into chaos after a car filled with female delinquents and bound for boarding school crashes, and the escaped girls eventually cross paths with some seriously sadistic thugs. Kosama is the boss of the gang, and with the law hot on their tales these girls seek refuge in the only place they know - Osaka's crime infested gangland. In this world of degenerate killers, the weak die quickly and the strong make money. To live another day means to make another dollar, and anything less than success is a death sentence. When Kosama and her girls show up on the scene, no one knows quite what to make of the vicious teenage vixens. But while they may be tough, the gang soon falls prey to the most brutal gang on the streets. Abused, debased, corrupted, and broken, the girls are forced to become the currency in a repugnant transaction. Now, as the debts begin to mount, girl boss Kosama sets out to settle the score by teaching her former captors a painful lesson in revenge. The fourth film in the popular pinky violence series, Girl Boss Revenge (originally titled Sukeban) was directed by Norifumi Suzuki, and stars Miki Sugimoto.

There are no critic reviews yet for Girl Boss Revenge. Keep checking Rotten Tomatoes for updates!

There are no featured audience reviews for Girl Boss Revenge at this time.