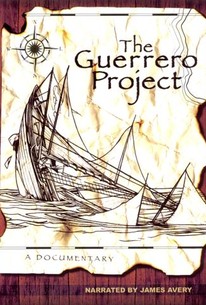 A lost piece of history merges with the marvel of modern marine expeditions, intense archeological arguments, and the issue of race relations in contemporary America as an expedition is launched to recover a pirate Spanish slave ship that was sunken off the coast of Florida in 1827. Pursued by a British warship and sunken just off the coast of Florida, the Guerrero served as the catalyst for an intense three year saga involving five nations when it drifted beneath the ocean surface. Now, nearly two centuries later, the search for a obscure and forgotten historical relic prompts modern-day explorers to ponder what implications this ship's history has for a country that has always struggled with the issue of race. Coinciding with both America's 200th anniversary of Abolitionism and the United Nation's 2004 International Year to Commemorate the Struggle Against Slavery and its Abolition, this discovery of the Guerrero raises numerous questions that may just be the key to understanding the mistakes of the past and ensuring that those mistakes will never be committed again.

Critic Reviews for The Guerrero Project

There are no critic reviews yet for The Guerrero Project. Keep checking Rotten Tomatoes for updates!

Audience Reviews for The Guerrero Project

There are no featured audience reviews for The Guerrero Project at this time.