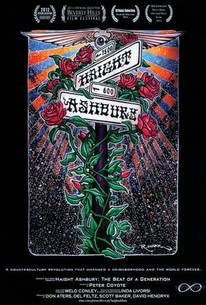 Haight Ashbury: The Beat of a Generation

Haight Ashbury: The Beat of a Generation Ratings & Reviews Explanation

In a brief four year span in the late 1960s, in a quaint San Francisco neighborhood less than a mile square, a creative movement emerged that would forever change a musical genre. What would come to be coined "The San Francisco Sound" served as the basis for a counter-culture revolution that would forever challenge the perception of the American ideal. This movement climaxed in a single California season known as the Summer of Love. The Beat of a Generation is a two hour documentary revealing as never before told the parallel stories of this magical "summer" that brought us the ground-breaking music known as the San Francisco Sound and the Haight-Ashbury neighborhood that provided the canvas for this artistic burst of imagination. The documentary unfolds through extensive archival footage and interviews with those who lived in the Haight during the Summer of Love, as well as those who live there now. The story comes alive through the exclusive collection of famed photojournalist Don Aters and the narration of actor Peter Coyote both former denizens of the Haight. And then there's the music. To understand the Summer of Love, as told by those who lived in the Haight, is to see it not only as a movement, but as a grand social experiment. Artists of varied disciplines and like minds made the Haight a neighborhood-wide collective of creative and social freedom. This documentary explores how the communal environment of a neighborhood informed the musical vision of an art form. The San Francisco Sound that the counter-culture marched to shouldn't be measured merely in terms of a change in creative direction. Yes, the Sound charted a radically new musical course. But, it went beyond the song sheet, beyond the recording studio and the concert hall. The San Francisco Sound took to the streets. It was freedom and it was love. It was a way of life. Haight-Ashbury: The Beat of a Generation will guide viewers into the world of the Haight as never before told on film, reminding us that change can come from any city or town, from any neighborhood or intersection; as long as the people yearn for change... and want a hell of a soundtrack to go along with it.

Critic Reviews for Haight Ashbury: The Beat of a Generation

There are no critic reviews yet for Haight Ashbury: The Beat of a Generation. Keep checking Rotten Tomatoes for updates!

Audience Reviews for Haight Ashbury: The Beat of a Generation

There are no featured audience reviews for Haight Ashbury: The Beat of a Generation at this time.

Haight Ashbury: The Beat of a Generation Quotes