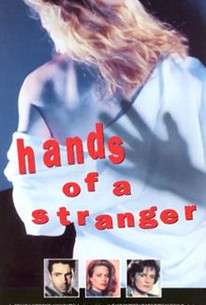 Hands of a Stranger

Hands of a Stranger was adapted by playwright Arthur Kopit from the best-selling novel by Robert Daley. Armand Assante plays a New York City narcotics officer who aids DA Blair Brown in her investigation of a rape case in which drugs were involved. In the subsequent days, Assante becomes something of an expert in rape evidence. Thus, when his wife Beverly D'Angelo is sexually assaulted while en route to a rendezvous with her lover, Assante suspects something even though D'Angelo remains mum about the incident. Conducting his own investigation, Assante determines the rapist's identity while wiretapping a phoned-in attempt to blackmail his wife. Will Assante forget everything he's learned about police procedure and attempt to take the law into his own hands? Co-starring in Hands of a Stranger is Arliss Howard as the scummy rapist. Preceded by a warning that the film contained scenes of a violent and graphic nature, Hands of a Stranger was originally broadcast in two parts, on May 10 and 11, 1987.

Thomas Heaton
as Staff #2
View All

Critic Reviews for Hands of a Stranger

There are no critic reviews yet for Hands of a Stranger. Keep checking Rotten Tomatoes for updates!

Audience Reviews for Hands of a Stranger

There are no featured audience reviews for Hands of a Stranger at this time.

Hands of a Stranger Quotes