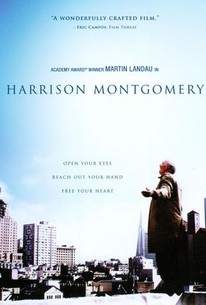 A San Francisco artist begins dealing drugs to make ends meet, and makes a few unlikely friends when he moves in to a Tenderloin district hotel following a botched drug deal. Ricardo Papa may have talent, unfortunately what he really needs right now is a steady paycheck. After incurring the wrath of his volatile boss, Ricardo ditches his girlfriend and rents a room in the Hotel Boyd. At first Ricardo isn't quite sure what to make of his 13 year old neighbor Lattie Flemming, a precocious kid without a fear in the world, but over time he warms to the girl, and she begins to open up about her troubled family life. Lattie's mother Margo is a victim of domestic violence, and lately the abuse has been getting worse. Later, as Ricardo attempts to work out a way to pay back his boss, he encounters Harrison Montgomery (Martin Landau), an elderly resident of the hotel who's hoarding a big lottery win. If Ricardo had that kind of cash, he could pay off his boss easily. His time running up and his options running out, Ricardo must now decide whether to stand by his newfound friends, or to simply take the money and run.

Hank the Dog
as Dog at Café

There are no critic reviews yet for Harrison Montgomery. Keep checking Rotten Tomatoes for updates!

There are no featured audience reviews for Harrison Montgomery at this time.