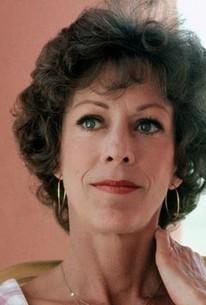 Robert Altman, the director responsible for M*A*S*H, came up with another acronymic title for his 1979 comedy H.E.A.L.T.H The letter stand for Happiness, Energy And Longevity Through Health--the name given a health-food convention at a Florida luxury hotel. In the tradition of his earlier Nashville and A Wedding, Altman utilizes the hotel as a gathering place for numerous interrelated, interconnecting plot threads. The unifying theme is a satire of corrupt politics, a la Watergate. Playing the unflappable hotel manager, Alfre Woodard stands out in a stellar cast including Carol Burnett, Glenda Jackson, James Garner, Lauren Bacall, Henry Gibson, Dick Cavett, and Paul Dooley (who cowrote the screenplay with Altman and Frank Barhydt). By rights, H.E.A.L.T.H should have been a real crowd pleaser, but the film's preview went so poorly that its release was held up for nearly a year. Virtually thrown away by 20th Century-Fox, H.E.A.L.T.H has appeared recently on The Fox Movie Channel, but never received a commercial video release, which hasn't helped it it attain a following.

Robert Fortier
as Chief of Security

Julie Janney
as A Steinette

Dinah Shore
as Herself

There are no critic reviews yet for Health. Keep checking Rotten Tomatoes for updates!