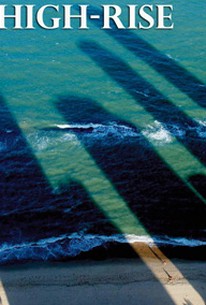 Brazil is a nation where there's a sharp divide between the rich and the poor, and the high-rise luxury apartment buildings in the country's major cities are one of the most visible examples of the economic and cultural distance between the haves and have-nots. Filmmaker Gabriel Mascaro profiles a handful of people who live in Brazil's most exclusive addresses and why they choose to live so high in the sky in this documentary. Mascaro's interview subjects offer a look into their homes but also talk about they feel about the world dozens of stories below them, where poverty and violence is a often a fact of life that they don't have to see if they don't want. Ironically, a number of the folks who speak with Mascaro have come to Brazil from other locales, but have chosen to live in places where they're removed from the nation they claim to love, while even the natives usually cast a blind or callous eye on the tiny world that lurks below them. High Rise received its North American premiere at the 2009 Los Angeles Film Festival.

There are no critic reviews yet for High-Rise. Keep checking Rotten Tomatoes for updates!

There are no featured audience reviews for High-Rise at this time.