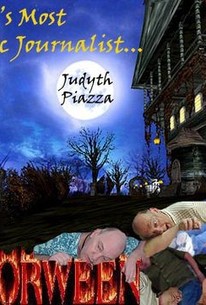 High School students Salvadore and Carmine Dementia, while working on a science project, inadvertently create an inexpensive computer operating system and Internet browser that doesn't crash! The Dementias strike it rich when the boys' project appears on the Evening News, and it convinces a Hong Kong-based company to flood the market with an inexpensive black-market version of Microsoft Windows called Chindows. The entire Dementia Family, thanks to young Carmine and Salvadore, have now become dot-com millionaires. With the rest of the dysfunctional Dementia family sporting only grade-school educations at best, the Dementias begin to flaunt their new-found wealth. As they begin to convert their modest Long Island home into a white statue-laden mansion, the first order of business is to construct a haunted house for Halloween to impress their working-class neighbors, who are portrayed by movie stars and comedians in cameo roles. As practical joking has been ingrained in the Dementia family persona for generations, one never knows what lighthearted prank the Dementias will pull next. So trick-or-treating at the Dementias each year makes one wonder what is a gag and what is real. With Chindows flooding the market, things begin to go awry. As the viewer tries to discover whether it is the other competing software companies, the Long Island mafia, or just scheming Uncle Ralph Dementia...someone is continually trying to kill Salvatore's dad, Salvadore Sr., the now-wealthy patriarch of the family. Was building a haunted house to impress the neighbors the right decision???

There are no critic reviews yet for Horrorween. Keep checking Rotten Tomatoes for updates!

There are no featured audience reviews for Horrorween at this time.