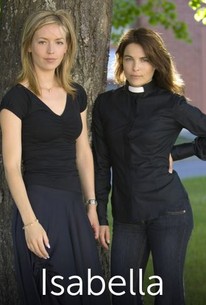 On the eve before the political handover of Macao to the Peoples' Republic of China, police officer Shing suffers a terrible career crisis: he has been involved in years of money laundering with Portuguese officials and is now facing extradition. Shing seeks comfort in the arms of a young woman, Yan, with whom he wants a one-night stand. Yan, on the other hand, has a different agenda; she confronts Shing with the unexpected news that she's his daughter. Shing didn't even know he had a daughter. And while Shing wants to carry on as a care-free bachelor, Yan has other ideas and, refusing to be shrugged off as an incidental accident, causes havoc in his everyday life -- she insists on moving into her father's apartment. Shing soon has to face up to the challenge of taking on personal and professional responsibility -- paternal responsibility for his daughter and professional responsibility for the money laundering he committed as an officer of the law. In the end, he decides to admit his crime, do his time, and plans to turn over a new leaf after prison for a life of responsibility with his daughter in Macao.

Chapman To
as Chen-Shing Ma

Shawn Yue
as Man at bar

There are no critic reviews yet for Isabella. Keep checking Rotten Tomatoes for updates!

There are no featured audience reviews for Isabella at this time.